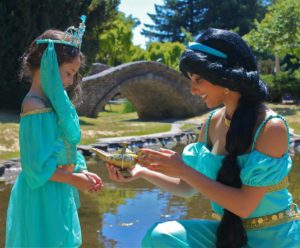 So, your little girl’s birthday is just around the corner! She has indicated that she wants one of those epic princess parties. She totally trusts her parents to make it work, because she thinks her parents are super heroes. Now, that’s all good, except that you have not even the slightest clue about how to make a princess party come alive. However, you can’t go into a meltdown because there’s a princess party to plan. What you can do is hire a princess party performer, and that might be all you need to do except make refreshments available.

Without further ado, I give you seven reasons why you should hire a princess party performer for the little lady’s next birthday party.

KEEP THE BUZZ GOING
After seeing so many cartoons, kids have understandably high hopes when they get an invitation to a princess party. Boys troop in as princes and superhero’s, and girls as princesses, fairies and even superhero’s. Now, we can’t have you anchoring the party and risking a chance of boring these little princes and princesses with your lack of skill as a party performer. A party performer is going to be more experienced and skilled at coming up with a series of events to keep the buzz going. This way you won’t have too many kids to control to get through the princess party.

RELIVIES STRESS
The absence of a princess entertainer at your little girl’s princess party would mean you (parents; mostly moms) have to take on the herculean task to make the party come together. You’ll have to go grocery shopping, make food, prepare gifts, oversee a lot of kids who are always more than a handful. It’s simply something you shouldn’t do to yourself. Get a birthday party character to keep the kids occupied and you’ll have your work chopped in half.

SAVES TIME
If you hire a princess party performer, you’ll have nearly nothing to do once the party is started. That is valuable time to rest and enjoy the party.

LOVE FROM VISITING PARENTS
This reason is a stretch, but it counts nonetheless. Parents have the best smile on their face when they see their kids in bubbly spirits. If the birthday party character makes their kids happy, you’ll have happy parents.

GENIUS WAY TO WATCH OVER LOTS OF KIDS
Having kids obsessed with the performing birthday party character is a genius way to have them in one room and away from their usual mischievous escapades like ruining birthday cakes and stuff.

YOUR KID MAKES NEW FRIENDS
Everybody wants their party to be the talk of the neighborhood. An amazing princess party with costumes and royal activities will have kids swarming to the party girl. 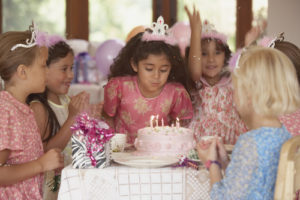 YOUR KID WILL BE THE HAPPIEST
It’s your kid’s princess party and nothing else is going to matter if they didn’t have a blast on this day. Hiring a lively and amazing party performer to be the birthday party character is going to bring the fun to the party. Ultimately, your little princess will have a fun time and have amazing memories of their childhood.

PreviousHave you tried these Princess Party Ideas for KidsNextWhat is a princess party?

The Amazing Fairytale Parties LLC Characters are NOT the copyrighted, licensed or trademarked ones you may know or be familiar with. Our characters are representations of beloved classic fairytales. We have NO affiliation with any company or group that may own the rights to similar characters or stories and apologize for any inconvenience this may cause you.